The talk on Precisely timed theta oscillations for memory encoding was given by Dr. Ipshita Zutshi, New York University (NYU). It was held on 25th January, 10 AM IST 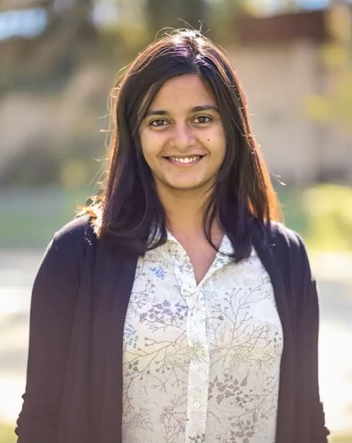 Abstract: Brain oscillations have been hypothesized to support cognitive function by coordinating spike timing within and across brain regions, yet it is often not known when timing is either critical for neural computations or an epiphenomenon. The entorhinal cortex and hippocampus are necessary for learning and memory and exhibit prominent theta oscillations (6–9 Hz), which are controlled by pacemaker cells in the medial septal area. Here we show that entorhinal and hippocampal neuronal activity patterns were strongly entrained by rhythmic optical stimulation of parvalbumin-positive medial septal area neurons in mice. Despite strong entrainment, memory impairments in a spatial working memory task were not observed with pacing frequencies at or below the endogenous theta frequency and only emerged at frequencies ≥10 Hz, and specifically when pacing was targeted to maze segments where encoding occurs. Neural computations during the encoding phase were therefore selectively disrupted by perturbations of the timing of neuronal firing patterns.

About the speaker: Dr. Ipshita Zutshi received her BE and MSc degrees in biology and computer science from Birla Institute of Technology and Science (BITS), Pilani, India, and completed her master’s thesis with Dr. Carmen Sandi at EPFL, Switzerland, working on the epigenetic transmission of behavioral phenotypes. She received her Ph.D. from the University  of California, San Diego (UCSD), where she worked in the laboratory of Dr. Stefan Leutgeb. Her thesis focused on understanding how networks within the medial entorhinal cortex and hippocampus support spatial navigation and memory. During her Ph.D., she was the recipient of the Howard Hughes Medical Institute International Student Research Fellowship, and her thesis was awarded the UCSD Biology Founding Faculty Award for Graduate Excellence. She is currently a postdoctoral fellow at New York University (NYU) in the laboratory of Dr. György Buzsáki. Her postdoctoral work was supported by a Leon Levy Fellowship in Neuroscience. She is combining in vivo electrophysiology and optogenetics to pursue her interest in understanding how connections between neurons within the hippocampus give rise to sharp-wave ripples and theta oscillations, both complex physiological phenomena that support memory. In the future, Dr. Zutshi aims to focus on how multiple brain regions act in coordination to select and filter relevant sensory stimuli that subsequently feed into the temporal lobe to form coherent memories.

Recording of the talk: 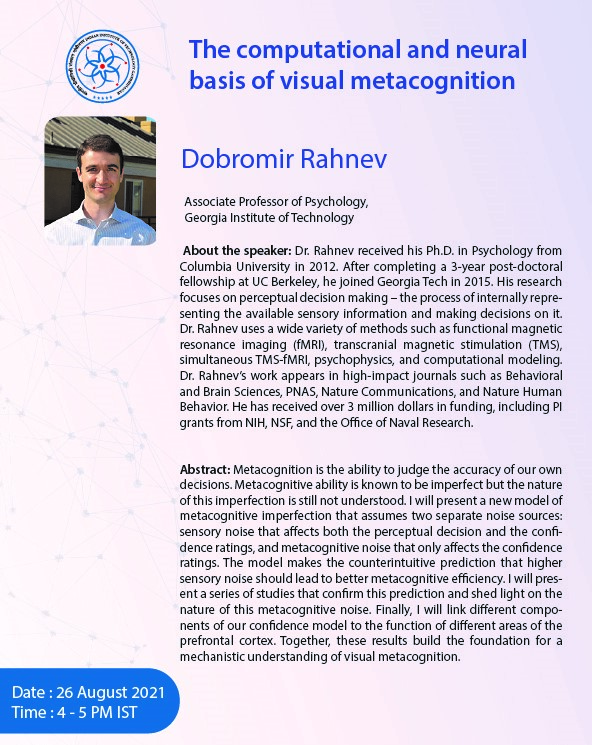 August 26, 2021 Seminar on the computational and neural basis of visual metacognition by Dobromir Rahnev Read More