What does an ecologist, neuropsychologist, musician and a cartoonist have in common? They can all be speakers at CogniTalks!

The Centre for Cognitive Science at the Indian Institute of Technology Gandhinagar (IITGN) organised the third edition of CogniTalks yesterday to understand and deliberate on deeper and distinctive aspects of human cognition through experts from diverse fields. This year, CogniTalks 2020 had an ecologist, neuropsychologist, musician and a cartoonist, who talked about cognition from different perspectives.

Explaining the effects of ‘Musical Notes to Neural Plasticity’, Shantala Hegde, a Neuropsychologist from National Institute of Mental Health and Neurosciences (NIMHANS), said, “Music is a very powerful, universal behaviour. It is important to study music from a neuroscientific perspective because what it does to us is really important, but we take it for granted. One of the most powerful phenomena or techniques through which we learn is auditory. We learnt many concepts through rhymes and songs in our childhood, which stays with us for long. Even the patients with Dementia or other such degenerative conditions, who forget so many things learnt over time, but they never forget something that they learnt in their early age through musical forms.”

Talking about evolution of music she said that it has some biological phenomena and not just entertainment. There are archeological evidences that music has been with humans since ages. From an evolutionary perspective, it means that it has a significant role play in some form, which helps us to survive. Music is like a language that helps us communicate far better.

Adding further she said, “Music plays an important role in child development and the mother-child bonding. Prior to one year of age, the pre-linguistic infant displays remarkable musical abilities similar to adults in many respects. Music plays an important role in neural plasticity because it engages almost all cognitive processes, as you keep up with the rhythms, lyrics, emotions, physical tapping etc. actively and passively. It brings out changes in your hormonal level, neurotransmitters, neural functions and structures as it occurs. But one has to also keep in mind significant features of music like dynamics, tempo, volume etc. Music is like the best gym for cognitive rehabilitation.” She also said that studies have proven that music therapy can help type 2 Diabetes patients with focused attention and working memory.

Arghya Manna, a Science journalist at ABP and a Comics Artist, gave a talk on ‘Challenging Image-Text Dichotomy in Science through Comics’. Discussing the topic, he gave examples of the role of art/ image in science and the culture of illustration in different scientific ages namely, Ancient to middle age to pre-renaissance, Renaissance, Age of enlightenment, and finally the Age of modern science. He said, “We should fill the gap between text and art in science through sequence, subtraction and story. There should be a new rhizomatic relationship between image and text and this new form of knowledge is Comics.” He talked about data comics that work as deconstruction of data and necessary visuals to reconstruct it into a new form of knowledge. In the end he said, “Comics interweaves textual knowledge, theory, art and data to create a new form of knowledge in science and history of science.”

Abi Tamim Vanak, an Ecologist from ATREE (Ashoka Trust for Research in Ecology and the Environment), Bangalore, spoke about ‘Misplaced Compassion: Dogs, rabies, and animal welfare in India’ and gave a perspective on how dogs, who are a species of carnivores, can be potentially invasive species in the natural environment and how important it is to cure rabies.

The event ended with an interactive last talk, where Ritesh Khokhar, a Musician from Rockschool Ltd., discussed ‘Practice of music teaching & performance’ through various rhythmic interactive sessions with the participants. He explained different elements that are involved in playing music to produce different kinds of notes. Explaining the relativity of music to different persons he said, “The unique thing about music is, what it means to you, can be completely different for the other person, depending on the experiences you had in life or what you have been through.” He also showed a short TED Ed. film on “Benefits of playing a musical instrument”.

Students and academics from GFSU, NIFT, and other neighbouring institutes attended the event. 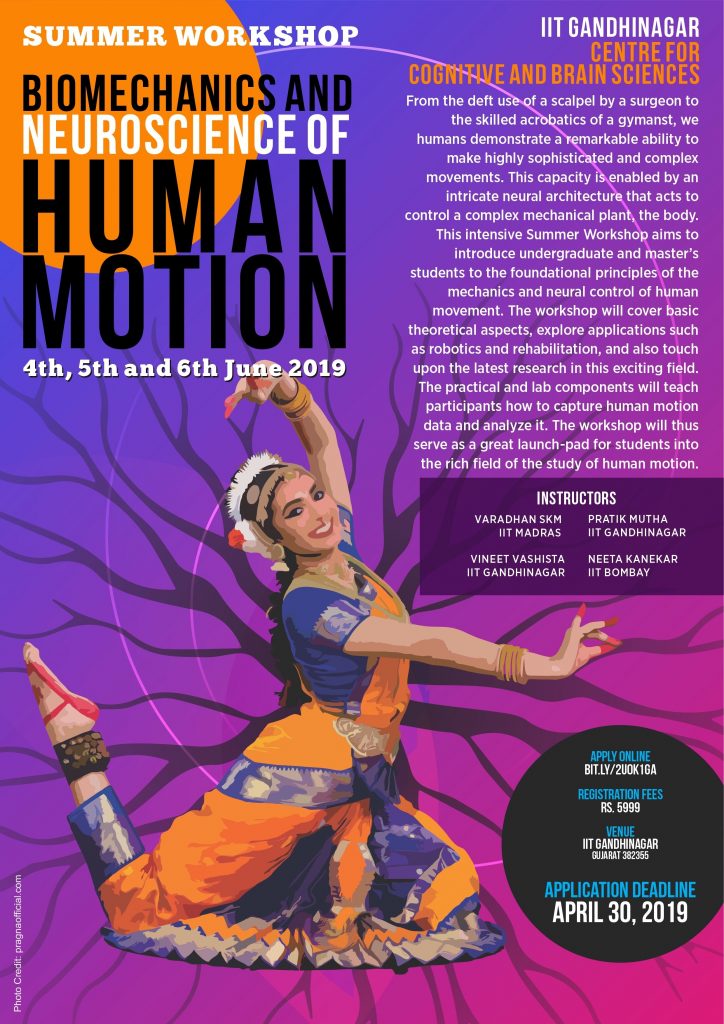 Next Post Lecture on 'How do I get to my next mental model?' by Dr. Britt Anderson